16-Aug-2019
Environment and Resource Management Consultant (ERMC), which is one of Nepal’s leading multidisciplinary consulting firms, has awarded Eptisa a new contract for the design review and construction supervision of the Pokhara Regional International Airport Project (PRIAP), funded by the Government of Nepal and the ExportImport Bank of China. 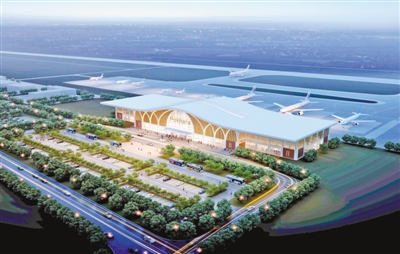 Pokhara International Airport is an under construction airport located in Pokhara city, within the Gandaki Pradesh. This city is one of the most visited tourist destinations in Nepal since here is the starting point of one of the most famous trekking routes, the Annapurna Circuit Trekking.
This new airport, which is located 3 km east from the existing domestic airport at Chinnedanda, will have one runway measuring 2,500 by 45 metres and different parking bays that will be able to accommodate up to five narrow-body aircrafts. It will also have two terminals, one domestic and one international, with a capacity for one million passengers annually.
The construction of the airport started in April 2016 and is scheduled to end in 2021 with the supervision of Eptisa and a cost of around USD 305 million.

Next : JSTI｜Eptisa will participate in the rehabilitation of Tashkent province water supply and sanitation systems in Uzbekistan Previous : JSTI｜Eptisa will carry out the control and monitoring of a 28-kilometer section on El Sillar dual carriageway in Bolivia